We have Dr. Manjit Singh Sekhon. He is a senior consultant pediatrician at Cosmo Hospital Mohali. Thank you, doctor, for taking some time for us. And we have a few questions that we will be putting up.

What foods can be included in a baby’s diet a one-year-old?

This is something which is of great importance. I think it is not often explained by the doctors and others enough. Young mothers are not prepared as they should be by their gynecologist and obstetrician before the baby’s birth, but it is extremely important. So taking care of the baby in the first year actually starts before the baby is born. So when the lady is pregnant, the young mother-to-be is going to the obstetrician. Among other things, she has to be counseled on the benefits of breastfeeding. The benefits of breastfeeding are so many that anything is a ‘paap’ as we call it in Hindi or Punjabi. So to not breastfeed a baby would be a sin.

So how do you prepare a mother for breastfeeding? The first thing is psychological preparation, for which a gynecologist can counsel her and tell her to be prepared as this is the best way to bring up a baby. Young mothers nowadays think that if they breastfeed the baby, they will be tied up and lose their figure or other things. I’ve seen a lot of mothers who straightaway want to put the baby on a bottle. This is because they have not been made aware of the advantages of breastfeeding, not only for the baby but also for the mother.

The second is the physical examination. Sometimes the girls have what we call the inverted nipple, i.e., the nipple is not well-formed, so the baby cannot suck on it. And as a result, breastfeeding would fail. So basically, this is an anatomical defect that can easily be corrected. Three or four months before the delivery, this should be discussed with the gynecologist. And she will suggest ways to get this defect corrected. Inverted are they are not formed; everted are they are formed.

So when the baby is born immediately, the baby should be put on breastmilk. This is the first and foremost thing. Care should be taken not to start the bottle at all. The best thing to do is not have a bottle at all, put him straightaway at the mother’s breast. If the mother is exhausted, she has had a c-section and is in a lot of pain. Then the milk can be fed with the help of a ‘katori and chammach. But a bottle sure should not be given because the mechanism of feeding on a bottle is very different from breastfeeding. So if a baby is given a bottle and then put on breastmilk and then given a bottle again, the baby gets confused. His instinct is to be fed so that you get milk out of a breast, but from a bottle is completely different. And unfortunately, it’s easier for the baby. He’s getting the bottle straight away, he does not even have to exert or suck. He just has to put it in his mouth and swallow. So as a result, he begins to think that this is an easier method, and he adopts that and stops breastfeeding. So these are some of the reasons why breastfeeding doesn’t work.

The iron is from the mother’s body, and then iron is stored in his own body. Milk has no iron. This iron is enough for the first six months. Milk has no iron. After that, milk has no iron,  so stored iron is used to make hemoglobin for the first six months. If he is older than six months now, that means the iron stored is now depleted. And he needs external sources to get iron. And he needs food that contains iron. So iron is just one thing. There are other minerals also that are required. And at that point in time, he would start on semi-solid things.

So the semi-solid is largely or culturally cooked at home. If you are a rice-eating family, then the food would be rice-based with added sugar. Or you can also opt for pre-prepared cereals.  Where you can just open a tin, pour hot water, and start feeding. And the whole idea is not to be in a rush. The idea is not to give two bowls of rice on the very first day. Please be slow, start with a spoon or two. Then slowly build it up, so that his system begins to adapt to the new food. Always start with one single food at a time.

Or he gets an allergy from something. At least you can identify. The baby had this yesterday and then this started today. So it would be easy to identify what is causing the allergy. But if you mix two or three things on the first day, and you really wouldn’t know what is causing the problem.

How do we know that the baby is ready for solid food?

The baby can have solid food the moment he crosses the six-month mark. If so far, the weight gain has been how it should. Then, we will be able to tell you. The weight gain should be 20 g per day for the first 5 months. This way, we will know that the baby is not big enough and old enough and can be fed now. After that, six months is the cut-off.

Why is it recommended to start with a single-grain cereal?

Exactly why I said that, if you have too many grains, different types of grains in the cereal, then you wouldn’t know which one of them is causing a problem in the baby. If you put him on a single-grain cereal, it would be easy for you to see that it’s not suitable for him and change it. Having different grains would make it difficult to know what he’s allergic to.

How much do we have to feed the baby, and at what intervals?

This is a very important thing, most mothers ask this question. The thing is, the baby decides how much he wants to eat. So initially, like I said you start with one or two spoons. Leave him a little hungry, as this is something new going into his system. But once he gets used to this particular system, he can open his mouth and readily accept the food. The moment he feels full, he doesn’t open his mouth. He turns his face away every time you bring the food close. Then you should respect his no’. It is very important to stop when he doesn’t want it anymore, don’t try to force-feed him.

All feeds should be spaced out by three to four hours. So when you start feeding him after six months, you start with a single meal in a day. Let him get used to that feed. Then fifteen days later, you can start with two feeds a day. And eventually, we aim to give him 4 feeds a day, and the rest can be breast milk. 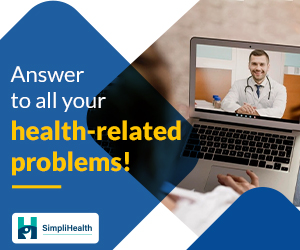